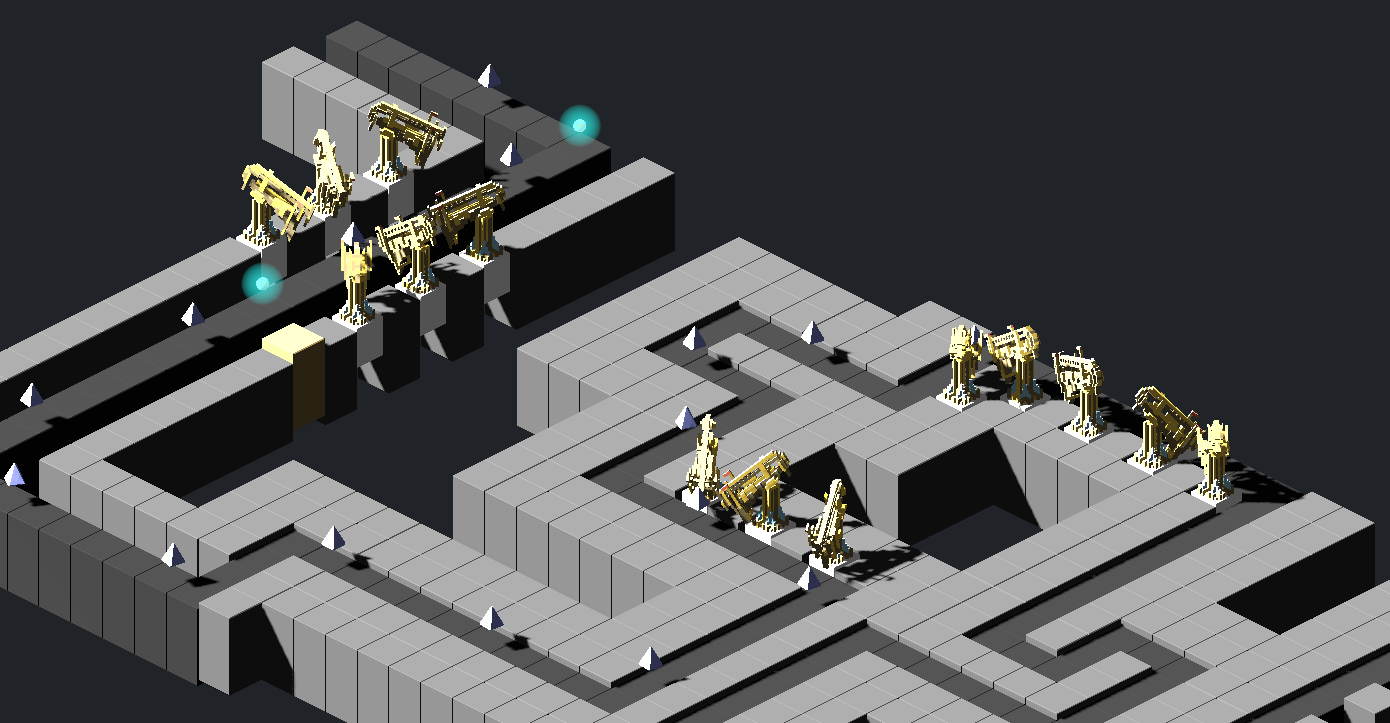 Since the official creation of this game page, till now there has been an unmistakable myriad of changes!

What's the game got now?

Let's take a closer look at the turret for now, the laser one: 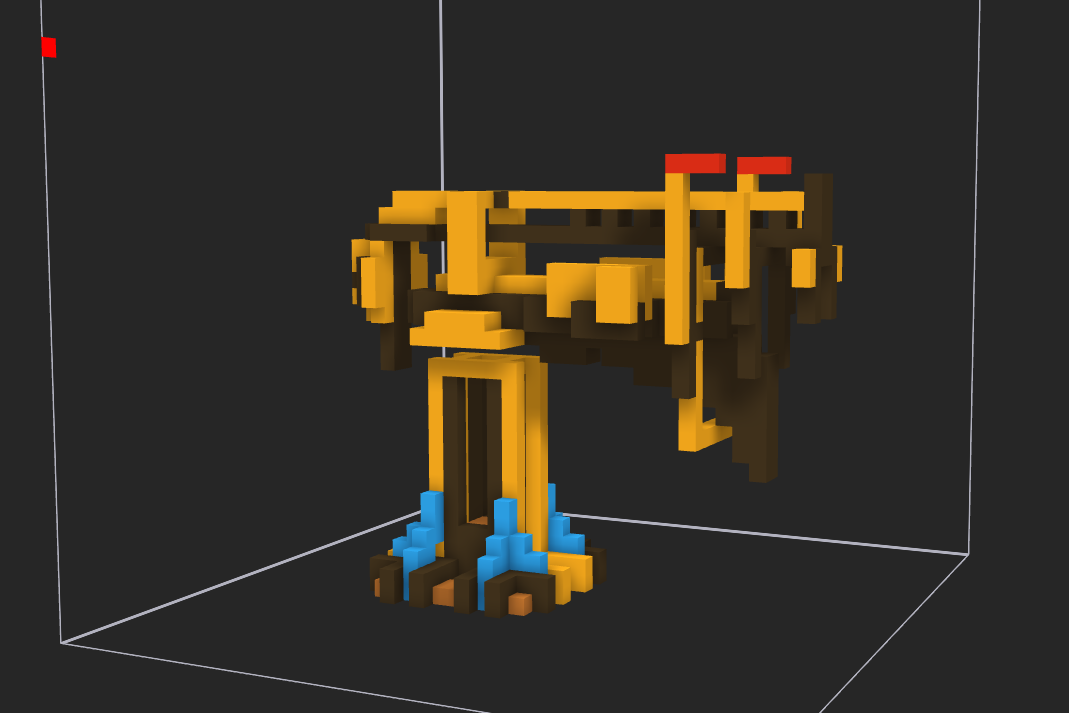 MagicaVoxel at it's best

As you can see I went wild there, also in the above posted screenshot you'll notice this very tower was used in game. I soon realized that I not only went a bit overboard with the voxel and dimension, took a deep breath a started piling parts away. 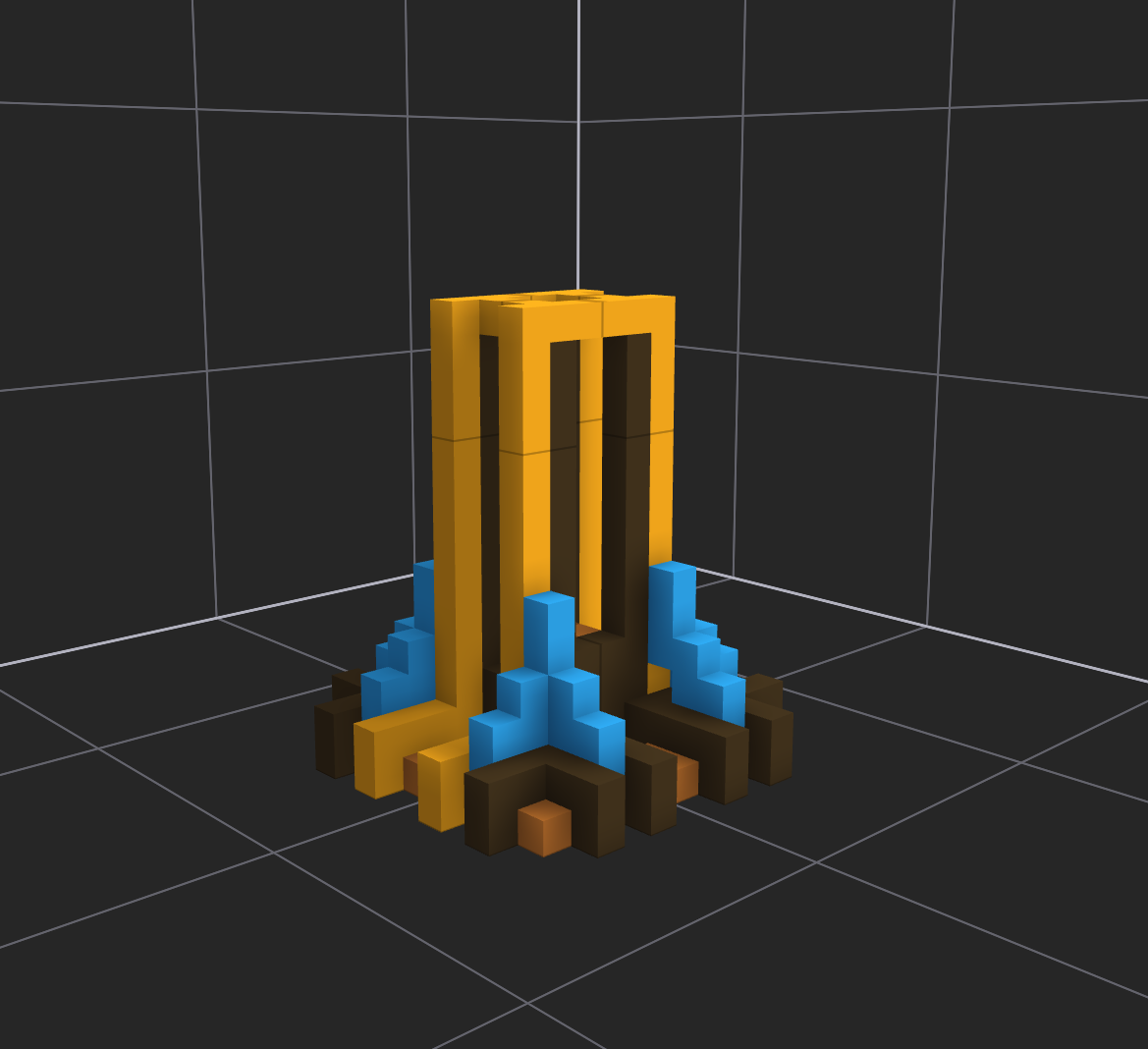 Having a tower that was congruent with the game graphically, I was happy and decided to move onto the next step. More tower models!